Maulana Aun Muhammad Naqvi, a well-known cleric of Ahl-e-Bayt, died in Karachi at the age of 56 due to coronavirus. He had been undergoing treatment in the hospital for a few days. 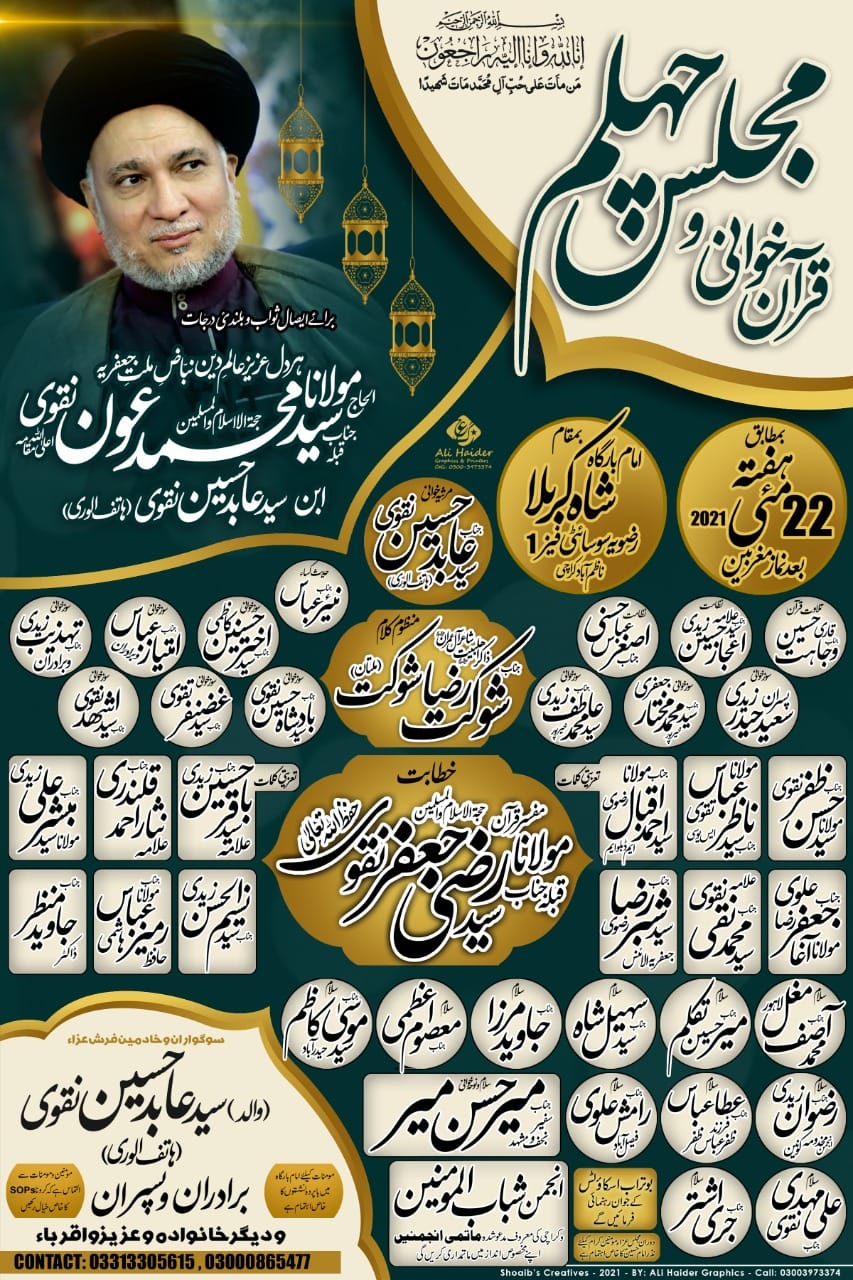 Personal Information
Maulana Aun Muhammad Naqvi father is well known Soz e Khawan Janab Abid Hussain Hatif Alwari, Maulana was the elder brother of the famous Shia leader Allama Shahenshah Naqvi. He has 3 brothers and 3 sisters.
Maulana Aun Muhammad Naqvi was performing Hajj continuously since 20 years as Religious Scholar for Hajj Pilgrimage in Islamic karvans, his last quotes refer to his death was if i can't able perform hajj next year that would be last year for me.

Buried at
Maulana Aun Muhammad Naqvi, a well-known cleric of Ahl-e-Bayt, died in Karachi at the age of 56, he was undergoing treatment at SIUT for several days and later died due to serious illness, Maulana was founder of Tableeg e Islami and active member of the Supreme Council of Jaffaria Alliance Pakistan

His funeral prayers was held at Imambargah Shah Karbala Trust in Karachi's Old Rizvia Society after Friday prayer at 3pm. He buried in Wadi-e-Hussain graveyard.