The al-Abbas's (p) Holy Shrine donates a collection of books to the Difa’ University library. 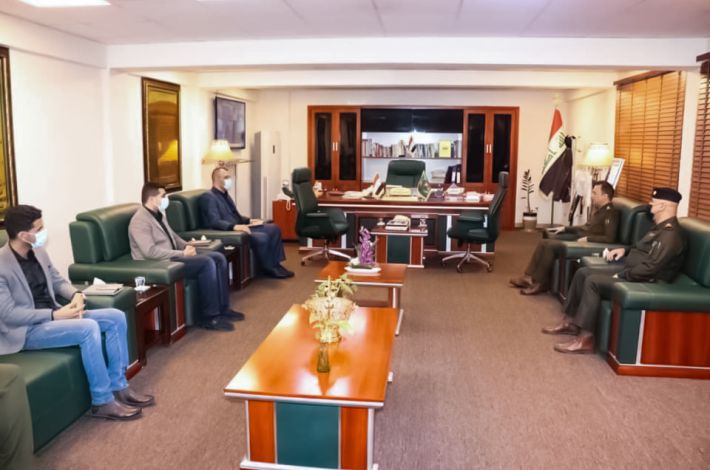 This books' collection was given by the Director of the Center for Indexing and Information Systems, Mr. Hassanein Al-Mousawi, who explained to the al-Kafeel Network, saying: “This initiative comes as a contribution from the al-Abbas's (p) holy shrine to enrich libraries, whether governmental or private ones, which greatly contributes to the development and enrichment of cultural libraries and supports the march of scientific research, and in order to strengthen the bonds of scientific cooperation with those bodies, as the zakat of knowledge is to spread it. The number of the books that were given was (83) religious, historical and international strategies book."

The visiting delegation was received by the President of the University, Lieutenant General Saad Mazhar al-Allaq, who extended his thanks and gratitude to the al-Abbas's (p) Holy Shrine for these valuable books donated to the university library, indicating: “Adding these books to the collection of our library is a distinctive addition and strengthens the library’s role in providing diverse resources, ”praising at the same time the great role played by the Holy Shrine and its continuous efforts in enriching the Iraqi society scientifically, intellectually and culturally, expressing the university’s desire to open channels of communication and concluding a memorandum of understanding in order to benefit from the shrine’s cadres in the field of knowledge."