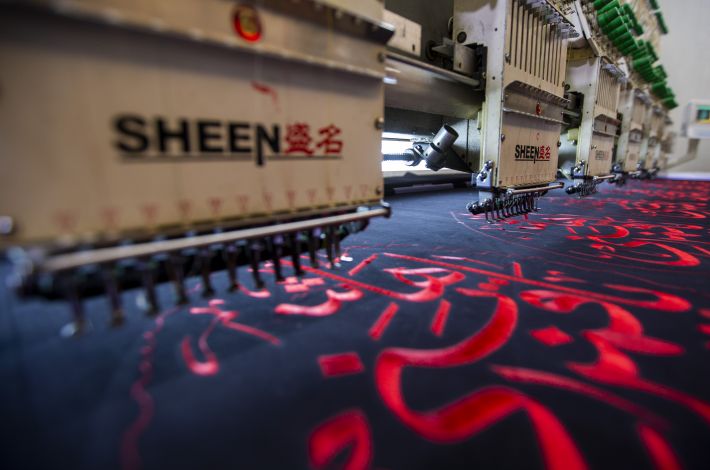 These works, which were started not too long ago and were implemented according to a special work plan, are conducted in stages, starting with design and implementation, in addition to following up the installation work according to each piece and its place.

The official of the aforementioned division, Mr Abd al-Zahra Daoud Salman, said: “One of the most important works that we are honored to perform every year is the design and implementation of the mourning banners, which are hang on all the walls of the shrine, in addition to the Maqam of Imam al-Mahdi (may God hasten his holy reappearance) and all the sites of the Holy Shrine, as well as some streets leading to the Holy Shrine."

He added, "The sadness banners included hadiths, slogans and phrases related to this occasion, with selected lines, decorations and inscriptions. As well as black flags, including the flag of the holy dome."

And Abd al-Zahra indicated that: "Sewing work is done through several stages, such as conducting a field inspection of the sites and spaces on which the sadness black banners will be hung, preparing the appropriate cloth according to the need and the type of each work, in addition to preparing designs specific to each space, choosing fonts and designing special inscriptions for all spaces according to the location of each piece."